A chronicle about Jorge Martínez Manautou, illustrious doctor of the IMSS

How to cite this article: Zárate A. A chronicle about Jorge Martínez Manautou, illustrious doctor of the IMSS. Rev Med Inst Mex Seguro Soc. 2015 Mar-Apr;53(2):254-5.

A chronicle about Jorge Martínez Manautou, illustrious doctor of the IMSS

Jorge Martinez was born in Ciudad Victoria Manautou (Figure 1), Tamaulipas, on January 4, 1930. His parents, Guadalupe Manautou and Alfredo Martinez Saldivar, both from that state, had five children: Antonio, Alfredo, Emilio, Federico, and Jorge; the brothers completed degrees in medicine at the Universidad Nacional Autónoma de México, Jorge being the last to graduate in 1954. Four years later he won a scholarship for a short attendance at Harvard University in Boston, and then another attendance at the Medical College of Georgia under the guidance of Robert B. Greenblatt, before returning to Mexico City to perform activities in the area of reproduction and entering research at Syntex and ISSSTE. When Syntex Laboratories obtained steroids, this allowed him to obtain derivatives with the activity of progestins, thus enabling its use in family planning (FP) as the oral contraceptive (the pill). The first clinical studies to test the effects of the hormonal contraceptive were made by E. Rice-Wray in Puerto Rico and Mexico, given that in the United States the use of oral contraception was not authorized. For this reason the clinics Bienestar en la Familia and Prosalud Materna were created in our country by Rice-Wray; later, Carlos Gual got an annex to the Hospital de Enfermedades de la Nutrición to continue building this program. The term "reproductive biology" emerged as synonymous with FP, thus achieving official global acceptance and international funding to help ensure the development of this method to control fertility.1 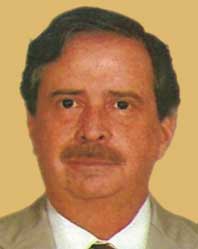 In 1964, his brother Emilio was appointed chief of staff under President Gustavo Diaz Ordaz, who recommended him to Ignacio Morones Prieto, then director of the IMSS, creating a biomedical unit: Departamento de Investigación Científica y de Biología de la Reproducción, using an unoccupied warehouse next to the Hospital de Oncología del Centro Médico Nacional. A grant from the Ford Motor Company accompanied by support from IMSS (IMSS-Ford trust) was used for the installation of highly specialized laboratories and for the hiring of prestigious researchers (Figure 2). 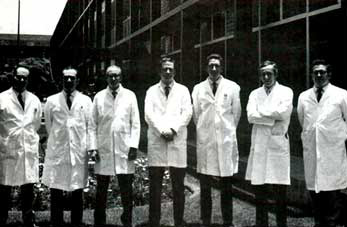 Figure 2 Site where the Departamento de Investigación was installed next to the Hospital de Oncología at the Centro Médico Nacional.


The main objective of this trust was to promote and encourage FP and some side activities related to neurophysiology, semen analysis, the physiology of fertilization, genetics, and electron microscopy, among others. Similarly, it was decided to create a scientific periodical for the dissemination of biomedical activity, which was entitled Archivos de Investigación Médica, which was first published in Spanish and then two Spanish-English versions, and finally published only in English (Figure 3). At this stage, two articles of great scientific impact in the area of ​​hormonal contraception were published, one describing part of the mechanism of action of the pill in collaboration with HW Rudell and Manuel Maqueo of the Hospital de Ginecoobstetricia No. 1, and another created by Martinez Manautou and other Mexican collaborators which became popular as the "minipill" with no effect on ovulation, acting at the local level.1,2 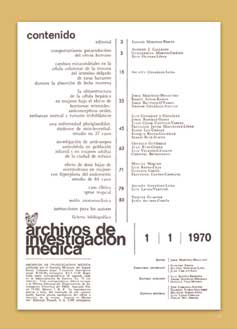 Figure 3 Photograph of the cover of the first issue of Archivos de Investigación Médica in 1970. Centro Médico Nacional.


In 1970 he left IMSS to continue in the private sector and in the pharmaceutical industry, extending his relationships to the international level and gaining recognition for his contributions to FP. Six years after his brother Emilio was appointed secretary of health by José Lopez Portillo, Jorge was named national coordinator of FP for nearly two years. After a brief intermission, Arsenio Farell, IMSS director general, invited him to direct the FP program at IMSS, which was continued under the direction of Ricardo Garcia Sainz (Figure 4).3 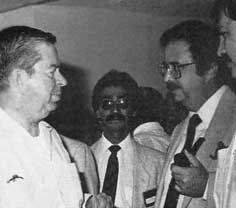 
Unquestionably Jorge Martinez Manautou did extraordinary work in the field of FP as official, administrator, demographer, and promoter of scientific research (Figure 5); his prestige is recognized in Mexico and abroad, which contributed to him being named one of the 10 Mexican physicians who have most influenced the progress of Mexican medicine in 1993 during the commemoration of the 50th anniversary of the SSA. Now he has been paid another tribute by deeming him an illustrious physician of IMSS. 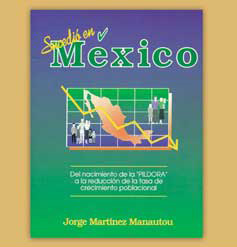 Figure 5 Cover of Manautou Martinez’s book, which includes outstanding facts in the history of the Family Planning in our country.