Detection of antileptospira antibodies in a vulnerable population of Ixhuatlancillo, Veracruz


Detection of antileptospira antibodies in a vulnerable population of Ixhuatlancillo, Veracruz


Objective: to determine the seroprevalence of Leptospira sp. in Ixhuatlancillo residents and their canine pets.

Methods: We detected the presence of anti-leptospira antibodies in a population of 29 dogs and 36 dogs’ owners, the study consisted in two phases: 1) Management, invitation and application of surveys; 2) sampling to canines and positive canine owners. The samples were analyzed on the Veracruz State Laboratory, employing the microagglutination technique (MAT). Statistical analysis was performed using a 2 x 2 contingency table in order to know the relationship between two variables to test the possible independence of the two variables using the chi-squared test.

Conclusions: Anti-leptospira antibodies were found in dogs (66 %) and its owners; the tarassovi serovar was the most prevalent, so that living with pets is a potent risk factor for infection by this bacterium.

The World Health Organization (WHO) defines Leptospirosis as an infectious disease caused by pathogenic bacteria called leptospires which are transmitted directly or indirectly from animals to humans (zoonosis), transmission between humans being rare.1,2

The number of human cases occurring globally is not known with precision, according to available reports, the annual incidence varies within humid-temperate and tropical climates, the latter being in the higher frequency. When outbreaks occur, and in groups with high risk of exposure (occupational risk, climate, housing), the incidence of the disease can be more than 100 per 100,000 inhabitants. Case fatality rates reported in different parts of the world vary from below 5% to 30%. However, these figures are not very reliable because the occurrence of the disease in many areas is not well documented.3

In Latin America, the two groups of primary risk for leptospirosis are urban dwellers and farmers; the proportions of these risk groups in the population vary due to conditions of poverty. Often there is a constant force of infection resulting from reservoirs (infected animals) including rodents, cattle, and dogs.4 In underserved areas there are a lot of these reservoirs, which are a potential source for the spread of Leptospira between these species and humans.5

The epidemiological situation of leptospirosis in Mexico showed a national rate of 0.65 cases per 100,000 inhabitants in 2000 and 0.45 in 2010, remaining constant over the last 10 years; the states with the highest incidence were Hidalgo, Sinaloa, Veracruz, Tabasco, Sonora and Yucatan, reporting from 0.22 to 9.80 cases per 100,000 inhabitants, the most affected age group being 50-59 years, mainly males.3

In Veracruz, the Secretaria de Salud has reported that cases of leptospirosis have been increasing every year, and these data are epidemiologically alarming.6

The study focused on the city of Ixhuatlancillo, which is located in the mountainous central region of the state of Veracruz, in the region called Grandes Montañas. Its climate is temperate and humid with abundant rains in summer. This municipality has a population of 21,150 inhabitants, of which 34.5% are indigenous households whose homes have dirt floors and no drainage.7

The objective of this research was to determine the seroprevalence of Leptospira sp. in canine pets and their owners living in the municipality of Ixhuatlancillo, Veracruz.


Type of study
During the period June-August 2012 a prospective, descriptive, and longitudinal study was conducted, which assessed the existence of anti-leptospira antibodies in Ixhuatlancillo municipality residents. The study consisted of two phases: 1) Management and invitation of the population of the municipality, and 2) Sampling of dogs and owners of positive dogs.


Phase 2
After the invitation, researchers proceeded to take samples in dogs, with permission of their owners, where the study population consisted of 50 animals; the dogs were older than six months, regardless of their sex. The samples were analyzed at the Laboratorio Estatal of Veracruz; dogs were selected who had anti-leptospira antibodies in dilutions greater than 1:100, while dogs presenting anti-leptospira antibody dilutions less than 1:100 were excluded from the study. Then, owners of the dogs included in the study were located to request the first sample per family, which samples were also analyzed in the aforementioned laboratory and subjects with anti-leptospira antibodies at dilutions greater than 1:100 were asked for a second sample at 15 days to rule out that it was a recent infection and not of memory.


Statistical analysis
The analysis of the results was done using a 2 x 2 contingency table in order to understand the relationship between the two variables, and to test the possible independence of the two variables using the chi-squared test.


Ethical and bioethical considerations
The study was developed in accordance with the guidelines established by good clinical practice, and with the approval of the Research and Ethics Committee of the Facultad de Ciencias Químicas (FCQ). Subjects who agreed to participate in the study signed a letter of informed consent based on the specifications of the Ley General de Salud of Mexico and the Declaration of Helsinki before starting the study. In canines, the study was conducted with the consent of the owner and based on the principles of bioethics in research on animals.10,11 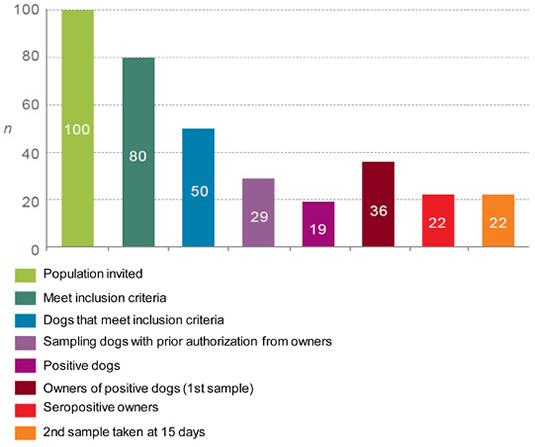 Figure 1 Distribution of subjects and dogs in study


Phase 2
Of the 29 dog participants, 19 (66%) positive samples for Leptospira and 10 (34%) negative samples were obtained. In the positive pets, the serotypes tarassovi, canicola, pyrogenes, and autumnalis were detected. The most common serotype was tarassovi (47%), followed by canicola with 25%, then pyogenes (14%) and autumnalis (14%). Higher seropositivity was observed in females than in males. The sampled canines were in an age range of about 2-4 years, and no dog was in gestation or lactation.

Once the anti-leptospira antibodies were detected in dogs, their owners were analyzed; from 36 subjects analyzed they obtained 22 (61%) subjects presumed positive for some Leptospira serotype, and 14 (39%) negative subjects. The tarassovi serotype was detected in 21 subjects (78%), this being the most prevalent, and both canicola and icterohaemorrhagiae serotypes presented the same incidence rate (11%). Higher seropositivity was observed in women than in men (Table I).

Upon analyzing the observed frequencies in the contingency table and applying the chi-squared hypothesis test, it turned out that the pet could be the vector of Leptospira infection to their owners, since the value of the statistical test (3.84) is greater than the critical value found in the tables (chi-squared = dependency = ΣΣ (O-E)2/E = 2.32) at a significance level of 5% (Table II).

In 2010, the Secretaría de Salud reported 483 cases of leptospirosis morbidity nationwide and 5 cases of death in the state of Veracruz,12,13 critical data since climatic conditions of the municipality of Ixhuatlancillo favor the development of leptospirosis, due to increasing risk factors such as high humidity and flooding during the rainy season, which favor the spread of the disease. In addition, the municipality of Ixhuatlancillo is located in the south-central part of the country, where a higher incidence and prevalence of leptospirosis is presented according to data reported by health authorities.3,14,15

The study population is of humble origin and does not have appropriate education on handling animals, which has already proven to be a predisposing factor for Leptospira infection.16 Other risk factors found in this study were living conditions, which included overcrowding, poor drainage, dirt floors, living with dogs and cats, and in addition the poverty of the community, consistent with data found in other studies.17,18

The results of this research show that the owners of dogs seropositive for Leptospira also had IgG antibodies for Leptospira sp., so that living with these animals could be a very important risk factor.14,15

It is worth noting that canines are susceptible to all serotypes, and because of the high canine population in the municipality of Ixhuatlancillo and the conditions in which people live, this favors Leptospira transmission both intra-species and from canine carrier to human.19,20

This study found 66% of dogs with anti-leptospira antibodies, i.e., a much higher result than that found in studies conducted in the States of Yucatan and Jalisco, where a prevalence of 25 to 35% was found,21,22 which is worrying because they can contaminate soil and water with their urine and indirectly transmit the bacteria to humans.

As for the serotypes found in canines, tarassovi and canicola predominated, the tarassovi serotype being the most prevalent, unlike the results of studies conducted in the city of Campeche,24 where the canicola serotype was higher, as in studies in Jalisco.21 This may be because serotypes are endemic to each region, however, it shows that the canicola serotype is predominant in dogs, so more studies would have to be done.21,24,25

Seropositivity in female owners was higher than in males, as with studies in Yucatan, and although other studies conducted in the country show that the majority of patients were male, this is doubtless an infection associated with occupation.14,17,18 Moreover it was observed that the most affected group was subjects aged 20-50 years, results similar to those obtained in a study in the Caribbean,17 where  Leptospira was found primarily in ages 15 to 44 years, a fact that may also be associated with occupation because they are productive ages.

The limitations of the study were that due to the lack of participation of the population, the results relate to a small portion of villagers from Ixhuatlancillo; also, it is possible that a large number of women agreed to participate in the study because they are engaged in housework, while men are not at home due to work commitments. As for the pets, the limitation is due to the owner’s lack of interest in the health of the dog, so a small canine population was obtained.

Finally, in this municipality there are also a lot of cats, which were not addressed in this study, but it is intended to sample them in the near future, as these are also potential Leptospira carriers.

Based on the above, it is necessary to implement health or health education campaigns, focusing on the treatment of domestic pets, in which information is given on the risk factors to which they are exposed by daily living and lack of hygiene, and that consequently could make certain people contract diseases such as in this case leptospirosis.