Methods: 74 athletes provided urine samples in order to quantify urinary proteins. Some of them were excluded since they had conditions that could cause proteinuria or alter the quality of the samples. Those that were not excluded were divided into two groups: the experimental group, which included those individuals that had the antecedent of consuming protein supplements, and the control group, that encompassed those individuals that did not had the antecedent of consuming protein supplements.

Results: Of the 74 analyzed athletes, 44 were excluded, 11 individuals were included in the experimental group, and 19 in the control group. Microproteinuria was encountered in only one urine sample (control group), and it was determined that there was no significant differences between both groups.

It has been determined that proteinuria is an excellent marker for the diagnosis of renal disease.1 In medical literature, the terms proteinuria and albuminuria are used interchangeably because in cases of proteinuria, albumin is the protein found in greatest concentration in the urine, and because certain urinalysis methods such as test strips are only sensitive to albumin levels.2

Adults usually excrete less than 150-200 mg of protein per day in their urine; microproteinuria is when the excretion is 30 to 300 mg of albumin per g of creatinine, and proteinuria is when excretion exceeds 300 mg albumin per g of creatinine.2,3 The analysis of proteins in urine has become a widely used diagnostic method, because it may be an early marker for some types of nephropathies, even when the glomerular filtration rate is normal.2 Messent et al. demonstrated that microalbuminuria is useful to predict diabetic nephropathy and heart disease early in patients with type 1 diabetes mellitus.4 Despite this, there are authors who hold that microalbuminuria is not the best marker.5,6 Although the literature is ambivalent about the predictive value of microalbuminuria, it is now recommended to measure this in patients with a known risk factor for renal damage.7

Protein supplements are one of the ergogenic aids most commonly used by top athletes, since they are thought to increase muscle mass by preventing protein catabolism during physical activity.8 However, it has been postulated that consuming these could cause chronic renal failure by increasing glomerular pressure and promoting hyperfiltration.9 There is also the background of two case reports, according to which the consumption of protein supplements is associated with exacerbating preexisting renal damage.10,11

Despite this, there are reports indicating that the consumption of protein supplements by healthy athletes does not present any danger to renal function.12-16 It has also been postulated that a high-protein diet in healthy individuals, athletes or non-athletes, does not imply risk to renal function.8,9,17

Different studies have shown that protein requirements need varies depending on the activity, age, gender, and special physiological conditions of each individual, and is higher in athletes, children, and older adults.18 It has been suggested that athletes doing anaerobic training require 1.6-1.7 g of protein per kg weight, while athletes doing aerobic training need 1.2-1.4 g of protein per kg weight, which is 150 to 200% above that recommended to non-athletes; this daily amount is recommended in part because of the high caloric requirement of physical activity, but also due to the proteolysis that muscles and tendons undergo during extended physical activity.18,19 However, despite the above, some sports nutritionists suggest that athletes’ high protein requirement can be met with a natural diet, so protein supplements are usually not necessary.8

The protocol was previously approved by the Ethics and Research Committee of Hospital Juárez in Mexico. An observational transversal study was carried out in which a total of 74 urine samples from 74 elite athletes were analyzed, with the intention of quantifying urine protein. Individuals eligible for the study were individuals who train at the CDOM and who approved their entrance into the study through informed consent in writing.

Subsequently, a urine sample was collected from all patients, they had their systemic blood pressure measured, glucose was quantified using capillary blood, and they underwent a complete medical history.

Other exclusion criteria were assessed using the medical history, including risk factors (such as being born premature, i.e. before 37 weeks gestation),22,23 and personal history of vascular disease, autoimmune diseases, diabetes mellitus and controlled hypertension, renal disease, asymptomatic hematuria, renal trauma, transfusion history, smoking and addictions, recent use of any type of medication, or the presence of an acute case of any disease. Similarly, all patients who performed exercise in the past 24 hours were excluded.18,19

With the help of the Servicio de Nutrición Deportiva CDOM, all participants were weighed and measured and, using the anthropometric method ISAK, all athletes were excluded with a body fat percentage greater than 21% in women and 19.6% men, being the ideal upper limit of body fat for the population studied.24

Before sample collection, all patients were given sterile jars and explained the proper technique for sample collection: they were told how to wash the genital area before urinating and asked that the sample be taken from the middle of the stream. Then the samples were numbered and placed in a thermal container with ice at a temperature below 0 °C, and immediately transferred from the CDOM to Hospital Juárez, where urinalysis and a study of urinary sediment were performed.

The analysis of results was double-blind. Based on clinical history, individuals were divided into two groups: those who consumed protein supplements (experimental group), and those who did not consume this kind of supplement (control group). Subsequently, the data from both groups were analyzed using the statistical program GraphPad Prism 6, evaluating the variables of age, the hours that individuals exercised per week, the number of days exercised per week, and gender. This last variable was considered a dichotomous variable, which assigned the value 1 to men and the value 2 to women. The presence of microproteinuria was evaluated as a dichotomous variable, assigned the value 1 if negative and the value 2 if positive.

Of the 74 athletes who participated in the study, 44 were excluded, 11 belonged to the experimental group and 19 to the control group. Analyzing both groups by age, an average age of 21.18 (± 0.9226) years was determined for the experimental group and 19.63 (± 1.057) years for the control group. Comparing the two groups statistically, it was determined that there was a significant difference (p = 0.3295) (Figure 1A). 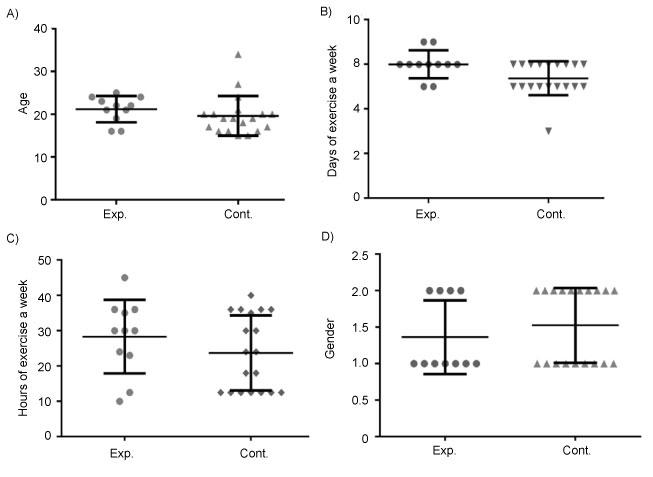 Figure 1 Comparison between experimental group (Exp.) versus control group (Cont.) regarding the different variables. A. Age of participants in years, B. Number of days they exercise a week during the training period they are in, C. Number of hours they exercise a week and D. Gender, where participants’ gender was considered a dichotomous variable assigned the value 1 for men and 2 for women

It was determined that of the 11 athletes in the experimental group, none tested positive for microproteinuria in the urine test. Similarly, out of the 19 individuals in the control group, 18 were negative and one had a positive result for microproteinuria. It was established that there was no significant difference in these results in the two groups, p = 0.4564 (Figure 2). Figure 3 shows graphically the amount of protein supplement consumed by each athlete in the experimental group and the number of days a week it was consumed. 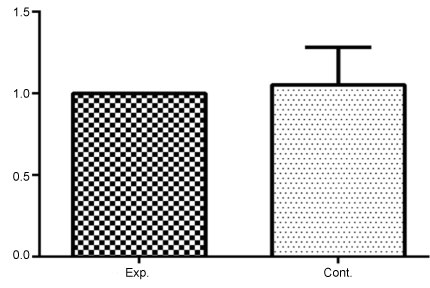 Figure 2 compares experimental (Exp.) and control (Cont.) groups regarding the presence of microproteinuria of athletes tested. The test result was considered a dichotomous variable, assigning the numerical value 1 to negative results, and 2 to positive results 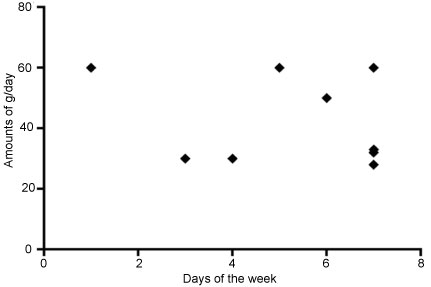 Figure 3 Quantity of protein supplement consumed by athletes from the experimental group, number of grams consumed per day, and how many days a week it is consumed

After an extensive literature review, it was determined that this is the first study in the Mexican population to evaluate renal function in elite athletes who consume protein supplements. It should be noted that based on the results shown in Figure 1, we can determine that the experimental and control groups are similar, so the consumption of protein supplements can be considered the only variable that differentiates the groups.

Despite that suggested by the two studies previously mentioned, which postulate that excessive consumption of protein supplements could cause chronic kidney failure in patients with nephropathy,10,11 our study cleaves to what is published by other authors, who have shown that protein supplements do not affect renal function in healthy individuals.12-16

We hold that this research sets the stage for larger, longitudinal studies, evaluating a larger sample that includes both elite athletes and healthy individuals who exercise regularly.

As such, we believe that subsequent studies should evaluate kidney function and moreover liver function, because it is known that proteins have significant hepatic metabolism, and since the possibility of liver damage with these products has been raised.25 We also find that the safety of protein supplements should be evaluated in patients with possible kidney damage (e.g., diabetes mellitus and hypertension) and those with an established nephropathy.

Future research should take into account preterm patients as a risk group for developing nephropathy, since it has been reported that these individuals may have fewer nephrons.23 Similarly, one might assess the use of this type of supplements using an experimental model considering the use of nephrotoxic drugs or those with extensive renal metabolism.

We want to thank Dr. Rafael Ornelas Centeno, director of the Servicio Médico del Comité Olímpico Mexicano, and the Servicio de Nutrición Deportiva of CDOM. We also want to extend thanks to Dr. Beatriz Alicia Pineda Rodríguez for the support she offered us in statistical analysis.