On August 4, 1994 by resolution of the honorable Technical Committee of the IMSS, the Unidad de Alta Especialidad, Hospital de Especialidades del Centro Médico Nacional la Raza (Highly Specialized Unit, Specialty Hospital of National Medical Center La Raza) was given the name “Dr. Antonio Fraga Mouret" in recognition of the outstanding institutional trajectory of one of its doctors, and for his contributions to knowledge in the field of rheumatology. Dr. Fraga exerted outstanding influence in medical education with specialist training required by the institution to address one of the health problems with the highest incidence and a great impact on the quality of life and productive activity of enrolled patients who have a rheumatological disease.

The concept of social security and medicine developed in and accompanied the restless years of Dr. Fraga’s youth, concepts with which he identified, which he developed and made his own in institutional specialized medical practice.

Dr. Antonio Fraga Mouret was born in Mexico City in 1935, belonging to the class of 1952-1958 graduating from the Facultad de Medicina of the Universidad Nacional Autónoma de México in the newly constructed Ciudad Universitaria. During the period between 1959 and 1960 he served as rotating intern at Michael Reese Hospital in Chicago, in the United States. He did his training in Internal Medicine at the University of Minnesota (1960-1962) and in Rheumatology at the University of Michigan (1962-1963).

Dr. Fraga's return to our country coincided with the commissioning of the facilities of the Centro Médico Nacional of the Instituto Mexicano del Seguro Social, including the Hospital General, which he joined as a staff rheumatologist. On March 15, 1963, the then President of Mexico, Lic. Adolfo Lopez Mateos in his speech at the opening ceremony said that the Centro Médico Nacional was one of the great social works whose importance not only belonged to the government, but to Mexico’s continuous, constant, and relentless effort for social justice.

It took Dr. Fraga two years to excel in research and teaching, and with Dr. Gregorio Mintz he founded the Servicio de Reumatología of the Hospital General, Centro Médico Nacional, and in 1964 he founded the Servicio de Medicina Interna and was appointed professor of the graduate program. In 1965 he was appointed head of Education and Research, a position he held until 1973, where he promoted and collaborated intensively in the development of the first academic programs for university specialization programs; he also actively participated in the training of physicians at the undergraduate and graduate levels. During that period, he guided training for interns, but above all, with his friend Dr. Mintz, specialists in rheumatology.

At the peak of his career 1974, and in order to continue fulfilling the ideal of social medicine, teaching, and research, Dr. Antonio Fraga arrived at the Servicio de Reumatología at the Hospital General of the Centro Médico la Raza, which he led as department head, and which he shaped to convert it into undoubtedly one of the best rheumatology departments in the country, beginning in the same year to train rheumatologists as a professor until 1978.

In 1979 as a result of a competition he becomes the first director of the Hospital de Especialidades del Centro Médico La Raza. For the 14 years he led its administration, he dedicated all his enthusiasm, professionalism, and wisdom to make the hospital an example of quality care with warmth as well as the reference center of academic and research excellence, based on humanistic, scientific, and institutional principles.

Following his formal retirement from IMSS, it was impossible to think of a withdrawn and passive Dr. Antonio Fraga, and thus starting in 1995, faithful to his commitment to society, he agreed to direct the Servicio de Reumatología of the Hospital de Especialidades of the Centro Médico Nacional Siglo XXI, with which he resumed his two passions: medical education and research.

Dr. Fraga was head of the graduate program in rheumatology until 2006, when he joined the Secretaría de Salud of the Distrito Federal, as Director of Education and Research.

A sketch of Dr. Antonio Fraga Mouret shows a Mexican doctor who throughout his career has entirely fulfilled what the medical profession includes in its broadest meaning, i.e. patient care, teaching, research, and health services administration, which has become a role model for generations of doctors. Among the most important academic achievements in his life the following doubtless stand out:

When Dr. Fraga decided to become a doctor, he knew clearly that teaching would be part of his vocation. When he led the Hospital de Especialidades of the Centro Médico la Raza he said he could not conceive of any doctor who would work in a hospital and that did not have teaching and research, as the two are complementary.

During his career he has trained approximately 150 rheumatologists and has contributed in a very special way to the development of modern rheumatology in our country. In the field of research, he has contributed significantly to the knowledge of rheumatic diseases, and has approximately 270 scientific publications in national and international journals and chapters in books since 1960.

From 2007 to the present, Dr. Fraga is the Director of Education and Research of the Secretaría de Salud del Distrito Federal, and remains the academic coordinator of rheumatology at UNAM and member of the Comité Normativo Nacional de Consejos de Especialidades Médicas.

In his own words he said: "I am now in this position, first because it is my vocation and second because it is very important not only in rheumatology but in all specialties to have order, to stimulate the kids so they can do research, so they publish, so they will not be passive entities in conferences, but rather dynamic people. All this is part of what I do now. How long will I do it? I do not know, but I will do it as long as I can." On another occasion, Dr. Fraga said: "Teaching for me has been one of the most satisfying areas of my career, I think if there is something satisfying in life it is being in contact with the new generations, learning from them, learning how the world evolves, rather than being locked in a tower doing nothing but medicine."

These words doubtless contain his personality and vocation to service, and his commitment to society and future generations.

It is important to emphasize his humanistic aspect because, as a doctor and teacher, he has always sought the good of patients, carrying out his work with selfless dedication, being faithful to his principles and unwavering in his convictions, always acting with the greatest human values, which has enriched the professional practice in the field of medicine with highly valuable aspects such as quality and warmth, adding his concept of friendship, which has left an indelible mark on many of his students, colleagues, and patients.

All this earned him many awards, the latest being the 2014 "Dr. Ignacio Chavez" Prize, granted by the Consejo de Salubridad General in order to recognize in life, and publicly, a Mexican doctor who has excelled for his personal, professional, and humanistic qualities.

We consider it very important for new generations to know the personality and experience of our teachers and of Mexican physicians, and the reason why the Hospital de Especialidades del Centro Médico La Raza was named "Dr. Antonio Fraga Mouret". 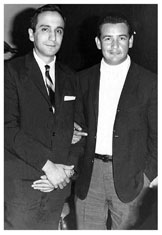 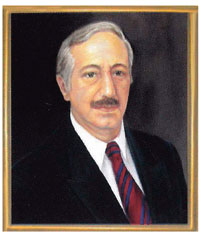 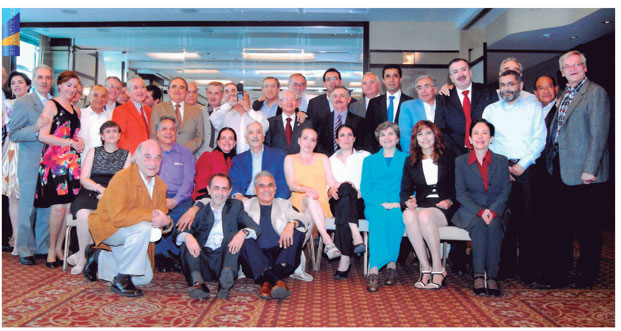 Figure 3 Dr. Antonio Fraga M. surrounded by rheumatologists of different generations and institutions on his 50th anniversary as a rheumatologist.