Background: The diphallia is a rare anatomic abnormality that occurs in 1 of 5 million births. The etiology is unknown and its appearance varies from a small accessory penis to complete duplication and it is associated with other urogenital, gastrointestinal, cardiac and musculoskeletal congenital malformations. Several classifications have been designed according to the anatomical characteristics and their study is complemented by ultrasound and magnetic resonance imaging. Treatment should be early and individualized in order to achieve a satisfactory aesthetic and functional result.

Clinical case: We report the incidental finding of diphallia without other anatomical malformations associated in an adult of 83 years old who was hospitalized and died of severe head trauma.

Conclusion: The case presented is relevant for the infrequency of this alteration, the absence of other anatomical malformations associated and the age at which it was detected.

Diphallia is an anatomical disorder that occurs in one out of every five million births. Its appearance varies from a small accessory penis to complete duplication of this part, and it is associated with other congenital urogenital, gastrointestinal, cardiac, and musculoskeletal disorders.1-3

The objective was to report the incidental finding of diphallia in an adult of 83 years who was hospitalized and died of severe head trauma.

83-year-old man with a history of chronic alcoholism and untreated hypertension.

After twenty days of uninterrupted drinking, he fell from his support surface and was found by his relatives with somnolence and right otorrhagia; he subsequently lost alertness. On admission to the emergency department he was found with Glasgow score 5, for which he received invasive ventilation and specific medical treatment. Upon complete physical examination, diphallia was found in the genital area (Figure 1); the accessory penis emerged from the left side, had a hypoplastic glans and lacked urinary meatus; no other anatomical abnormalities were found. 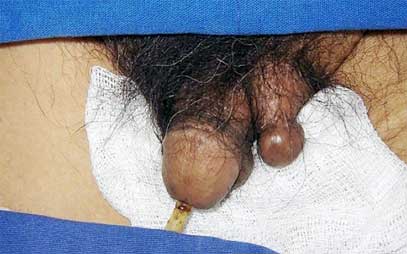 Figure 1 Anatomical aspects of the case of diphallia presented

Diphallia, or penile duplication, is a rare congenital anatomic abnormality that was first described by Wecker in 1609. It occurs in one in five million births. Fewer than 100 cases are reported in the medical literature,1-3 and familial association is reported.4

Its cause has not been determined.1 Attempts have been made to explain its presence during normal penis development, which begins with the coalescence of the bilateral cloacal tubercle of the anterior and final part in the cephalic portion of the urogenital sinus, which occurs between the third and sixth week of gestation. The mesoderm column grows rapidly around the lateral margin of the cloacal plate, forming the genital tubercle. One of the possible causes of urethral duplication is a longitudinal doubling of the cloacal membrane, which may include three or four columns of primitive mesoderm that have migrated in a central direction around two cloacal membranes, eventually forming two genital tubercles. The cloacal membrane duplication may also explain the concomitant bladder, colon, anus, and spine anomalies.5-7

Varying degrees of diphallia have been reported, so different classifications have been proposed: glandular, bifida, hidden, full, hemidiphallia, and triple penis. Schneider classifies it into three groups: diphallia of the glans, diphallia bifida, and full diphallia.8 Villanova and Raventos added a fourth category, pseudodiphallia. But the most widely accepted is the one proposed by Aleem, who defines two groups: true diphallia and bifid phallus; these groups in turn are subdivided into partial duplication (when one of the penises is small or rudimentary) and full (when each penis has two corpora cavernosa and one spongy).5-7

Another classification has also been proposed encompassing anatomical, functional, and therapeutic aspects.

This is the presence of a second body formed only of erectile tissue without real differentiation; it is not functional, and surgical resection is no problem.

The division of the penis can be complete down to the base (full bifid phallus) or incomplete. Each organ has only one corpora cavernosa and in full bifid phallus the anterior urethra is absent and the prostatic urethra goes directly to the skin between the two penises. Surgical correction of this malformation can be difficult.

This is subdivided into:

Orthotopic: the two organs are located on the side of the pubis. This can in turn be divided into a) complete: each penis has two corpora cavernosa, a spongy body and a urethra, and b) incomplete: there are two glandes or two bodies.

Ectopic: the accessory penis is in an ectopic position (toward the perineal side). It is complete but often is anatomically and functionally abnormal. Surgical repair may be difficult.9

Diphallia is frequently associated with other congenital abnormalities of the heart, musculoskeletal, gastrointestinal (esophageal abnormalities, cloacal exstrophy, imperforate anus, colon and rectosigmoid duplication), and urogenital (hypospadias, bifid scrotum, bladder duplication, renal agenesis or ectopia, and symphysis pubis diastasis).1,3,5-7 Its presence has been reported in the context of the VATER association.10

The use of preoperative ultrasound has been recommended to determine the presence of the number of cavernous or spongy bodies, which is useful in deciding whether to use surgery or not.11 However, MRI appears to be the most useful non-invasive diagnostic modality in evaluating this disorder and the associated complications.12,13

Newborns with diphallia have an increased risk of mortality due to defects and infections associated with this disorder.14 It should therefore be corrected as soon as possible.9 Treatment should be individualized taking into account the changes associated with the objective of achieving an aesthetically and functionally satisfactory result.1

The case presented is relevant because of the rarity of this condition, the absence of other associated anatomical malformations, and the age when detected.